The MISO Golden Baton Recognition Award is given annually by the board of directors of the Miami Symphony Orchestra to an outstanding member of our community in recognition for his/ her invaluable contribution for the arts and culture in South Florida. Initiated in 2014 the award has been given to Judit Drucker, Mark Rosenberg, Michael Spring, Eduardo Padrón and now Emilio Estefan in 2018. 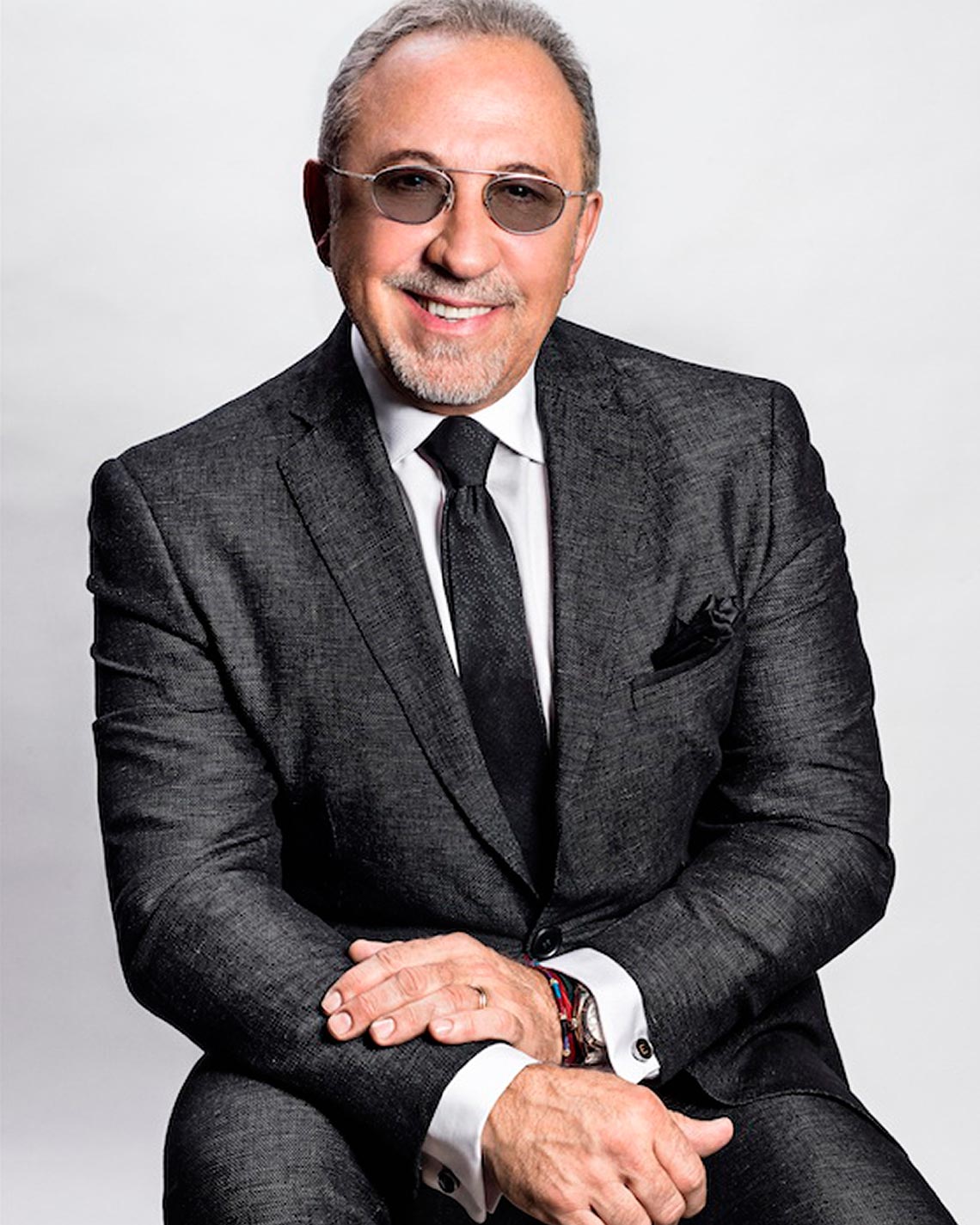 Emilio has been instrumental in shaping, developing and directing the careers of his superstar wife, Gloria as well as Shakira, Ricky Martin, Marc Anthony, Jon Secada, Alejandro Fernandez, Thalia, Carlos Vives, and Jennifer López, among many others.
His ability to connect with their talent, expression and creativity has been vital in establishing a musical presence second to none.

His resume includes over 30 Grammy nominations and 19 Grammy Awards. Emilio is one of the few producers that produce television events for both General Market and Hispanic Market television.

The Latin Grammy’s on CBS, The Hispanic Heritage Awards on NBC and Nuestra Navidad on Univision, as well as high profile musical productions on HBO and Showtime.

His credibility and professionalism are some of the powerful reasons why he is viewed as an Ambassador in the world of cross-over business. In 2002, President George W. Bush appointed Emilio as a member of the President’s Committee on the Arts and Humanities and he has produced many historical musical events at the White House. He was tapped by President Barack Obama to the committee that will create the first National Museum of the American Latino, he sits as the second Vice Chair to the Commission.

Emilio has not only proven that the Latin community at large is vital for the evolution of pop music, but he has been instrumental in breaking down barriers that limited its exposure and acceptance around the world. As a true visionary, Emilio has continually experimented and pushed the envelope of blending Latin, pop and world rhythms that have created a unique style and personality.

This vision transcends the music field and spills over into film, television, hotels and restaurants, among other endeavors. After a quarter of a century producing music for some of the biggest and brightest stars in the music business, his superstar wife, Gloria as well as Shakira, Ricky Martin, Marc Anthony, Jon Secada, Alejandro Fernandez, Thalia, Carlos Vives, and Jennifer López, among many others. Emilio has also put his indelible vision in the television and movie industry. His main objective, as it always has been, is to shatter the stereotypes that have been a part of the Latin community for decades in film and TV. In 2008, Emilio produced and directed his first full-length documentary film, “90 Millas,” based on the pioneers and history of Cuban music.

The film received critical accolades after premiering in the Tribecca Film Festival, Dubai Film Festival and the Miami International Film Festival. ​ With the same passion and drive that Emilio has achieved in music, film & TV he has proven the same in the hospitality industry as well. In the early 90’s Emilio had the vision that Miami’s South Beach would become an international destination and purchased the Cardozo hotel on the world famous Ocean Drive. His Midas touch was immediate and visible with the success of Larios on the Beach (Miami Beach), Bongo’s Cuban Café (Downtown Disney at the Walt Disney Resort in Orlando, Fl, at the American Airlines Arena in Miami and at the Seminole Hard Rock & Casino in Ft. Lauderdale, Florida). Expanding his hospitality success north of Miami in Vero Beach Florida, the Estefans own and operate Costa d’ Este Beach Resort. His vision is making Vero Beach the next great tourist attraction. “We are creating great opportunities for people to discover this beautiful paradise.”

In 2009, Emilio became the first Cuban-American to become a minority share-holder in an NFL franchise, joining the ownership of the Miami Dolphins. In 2010, Emilio added the title of best-selling author to his long list of credits with the release of The Rhythm of Success – How an Immigrant Produced his own American Dream. It chronicles the story of his perseverance in succeeding both in his personal and professional life. From his humble roots as a Cuban refugee, to becoming one of the most successful businessmen in America, he shares his unconventional and pioneering career as a guide, to empower readers to establish for themselves the tools, ethics, values, and strategies necessary to unleash their own business potential.

The following year he presented in collaboration with The Miami Herald. The Exile Experience: Journey to Freedom is a groundbreaking historical chronicle that tells the personal stories of those who fled the island and celebrates the accomplishments of the Cuban-American community.

The book is published in three separate editions – each tailor-made for those who arrived through Operation Pedro Pan, the Freedom Flights and the Mariel boat lift. Each edition features the names of every Cuban who arrived in one of the three exoduses, more than 400,000 names between the three editions. For a man who arrived in the United States from Cuba as a teenager during the 60s, he lived and faced the cultural and racial differences that have been a part of the Latino integration in the United States.

In spite of the challenge, Emilio has not lost his sense of humor, humbleness, charisma and alchemist qualities. In order to blend two different cultures, they have to be respected and treated as complete and whole.

That has been a very important ingredient to Emilio’s success. “I can say, very respectfully, that I understand both the Latino and Anglo cultures. I know how they feel and what moves them and it is working in that gap that has enabled me to create my body of work.” Musician, producer, creator, visionary, husband, father, friend and distinguished person of the community, Emilio Estefan symbolizes and embellishes the new Latino in the world.